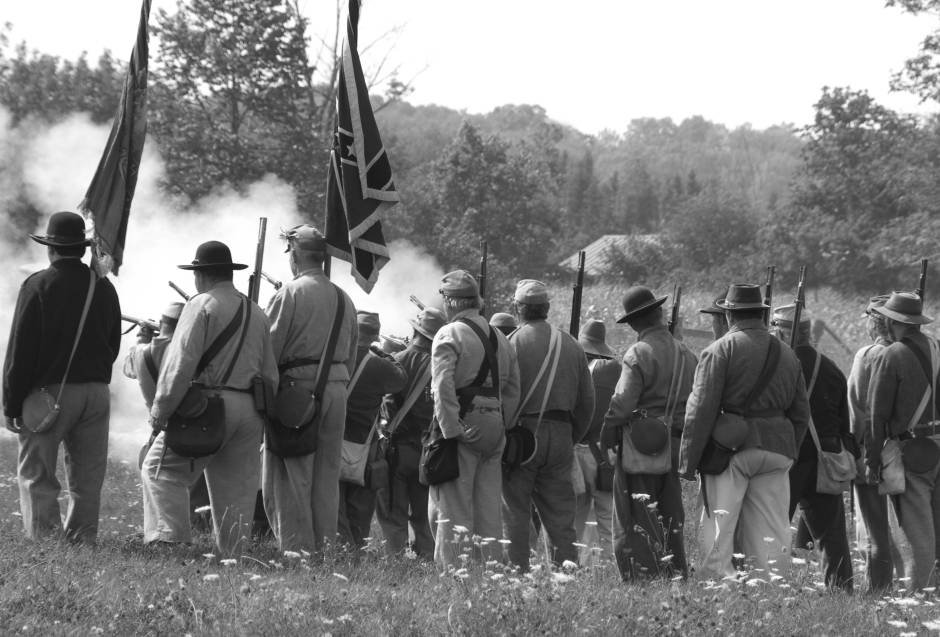 I saw an article yesterday about ‘a new Memorial Day tradition—burning the Confederate flag.’ My visceral reaction was that these were my ancestors who died in a bloody, awful war that literally pitted brother against brother. I hate it when the heartbreak of this history is trivialized to make someone’s point. I thought this article, although brief, captured different points of view, both valid. We need to hear each other.

This article was first published May 6, 2009, in the Auburn Villager.

As a prelude to what turned out to be a poignant but peaceful Auburn City Council meeting Tuesday night, police stopped those attending at the door to check for weapons.

The Rev. Arthur Dowdell, the only African-American council member, stirred up a bee’s nest the week before Confederate Memorial Day when he removed miniature Confederate battle flags from the graves of Confederate veterans at Pine Hill Cemetery.

At the beginning of Tuesday night’s meeting, the council passed a resolution asking Dowdell to apologize for the act and, after a long meeting filled with citizen comments, Dowdell did so.

Dowdell said news reports had not told the whole story; when he was contacted by students about the flags, he didn’t know who placed them and feared a hate group might have been responsible.

Dowdell said he called Mayor Bill Ham as well as City Manager Charlie Duggan’s office, and no one could enlighten him. He even asked Mary Norman, a member of the United Daughters of the Confederacy, if she knew who placed the flags, and she said she didn’t.

In fact, the UDC did place the flags, but Norman was no longer a member of the Admiral Semmes Chapter that sought to honor the veterans at Pine Hill Cemetery.

“If I had known that the UDC put the flags there, we wouldn’t be here tonight,” Dowdell said.

“I’ve always thought I was American by birth and Southern by the grace of God, but I know racism is alive and well. Still, it is painful to me for someone to tell me I can’t honor my family members.”

As news raced across the Internet, many were enraged. Attending the meeting were Sons of Confederate Veterans from as far away as Tallahassee, Fla., and cities in Georgia.

One after another, they said placing the flags was not about racism, but about honoring their forebears. They said Dowdell had desecrated the graves, which are on private property, and violated their right to free speech.

Dowdell’s supporters were equally eloquent in explaining the flag’s power as a symbol to them of racism and terror. One showed a picture of three lynched black men that had been sent to Dowdell, and Dowdell described e-mails describing him as a “greasy monkey.”

In the end, however, even Dowdell seemed to agree the issues were free speech and property rights, not racism.

“The First Amendment doesn’t only protect things you like,” noted Sandra Fagin of Auburn. “I’ve always thought I was American by birth and Southern by the grace of God, but I know racism is alive and well. Still, it is painful to me for someone to tell me I can’t honor my family members.”

One thought on “Racism, or honoring one’s family?”